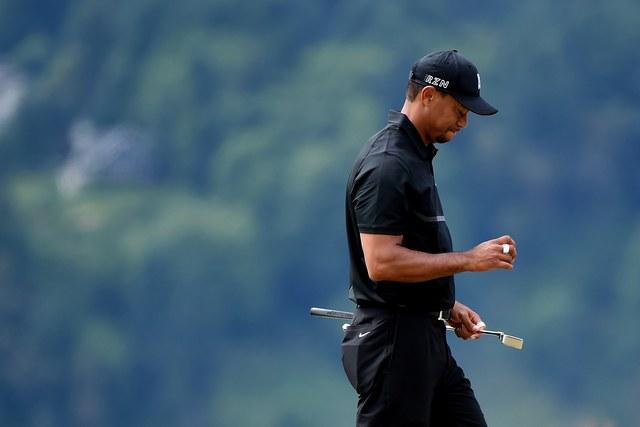 Opinions abound on Tiger Woods withdrawing from the Safeway Open on Monday, three days after officially committing to play, but among the most pointed was from the New York Post’s Mark Cannizzaro.

“His stunning decision Monday to withdraw from this week’s Safeway Open, a tournament he committed to play in just three days before, is an unfortunate display of his complete disregard for the game.

“Woods committed to play the Safeway Open on Friday, causing a frenzy of interest in the tournament, with ticket sales doubled and hotels within miles of the course booked. And three days later, he withdrew, leaving the tournament officials and sponsors with egg on their faces, thousands of fans in the lurch, some out of money spent and everyone involved out of luck.”

Dahmen overcomes cancer, other obstacles to make it to PGA Tour

Competitive golf is difficult enough without life throwing obstacles in the way, which makes Joel Dahmen’s ascent to the PGA Tour an odds-defying achievement, as Jim Caple of ESPN.com writes in this profile of a tour rookie.

“Joel's mother, Jolyn, died from pancreatic cancer when he was in high school. After receiving his scholarship to play at [the University of] Washington, Dahmen wound up dropping out due to poor academics. While he partied a bit, he said he simply didn't go to classes enough during a difficult period…

“Things got worse as there was more to handle. His brother was diagnosed with testicular cancer in 2009 and successfully treated. Then in 2011, Dahmen got the same diagnosis. He had surgery to remove a testicle and then underwent chemotherapy treatment that would go on roughly eight hours a day, every day, for several weeks in which Dahmen would be weak and prone to throwing up.”