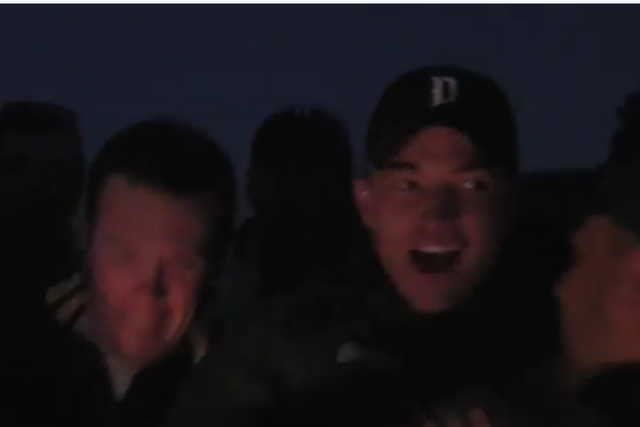 Last month, UC Davis senior Ben Corfee drained a birdie putt in near darkness thanks to the cell phone flashlights of those around the green. It was a great putt and a cool scene, but it really only meant Corfee didn't have to get up early to finish the round the following day. On Tuesday, there was a similar situation at a college golf tournament, but this time, an unlikely light source helped decide a match.

Drexel and Fairleigh Dickinson were tied 2.5 to 2.5 in the finals of the La Salle Explorer Match Play Championship on Tuesday and things were dark as the two teams each selected a player for a sudden-death playoff. But thanks to the light of a tractor (Yes, the light of a tractor), Drexel's Aaron Fricke was able to hole a chip to win the tournament for the Dragons. Check it out:

Then the team created these fun Vines of Fricke: