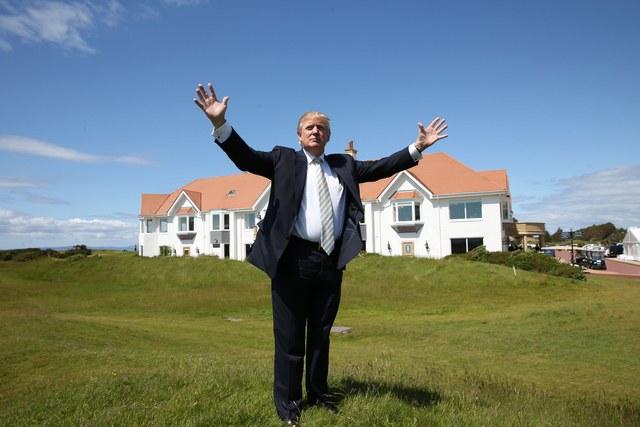 According to United Kingdom filings on two Donald Trump golf courses, the presidential nominee has lost £26 million ($31.8 million) on Scottish resorts in Aberdeenshire and Turnberry. That figure has allowed the 70-year-old magnate to avoid paying UK corporation tax. Additionally, the documents show discrepancy between those accounts and his filings with the United States Federal Election Commission.

The Guardian reports that Trump declared Turnberry generating $20.4 (£16.6m today) in income in 2014, with Aberdeenshire earning just north of $4.4 million (£3.6m today). However, his UK company accounts illustrate massive losses on both courses: £3.6 million at Turnberry and £1.1 million at Aberdeenshire. Last year's operating losses for Turnberry came in at £8.4 million. Moreover, Trump faced £2 million in dollar-to-sterling currency exchanges last year; in 2014, that number was £3.1 million.

Trump, who has boasted his business prowess and acumen throughout his campaign, has lost money on Trump International Golf Links for four straight years, according to the Daily Record.

The Turnberry account states, "The group is dependent on continuing finance being made available by its ultimate owner to enable it to continue operating and to meet its liabilities as they fall due." According to the Guardian, the filing from the Aberdeenshire course is nearly identical.