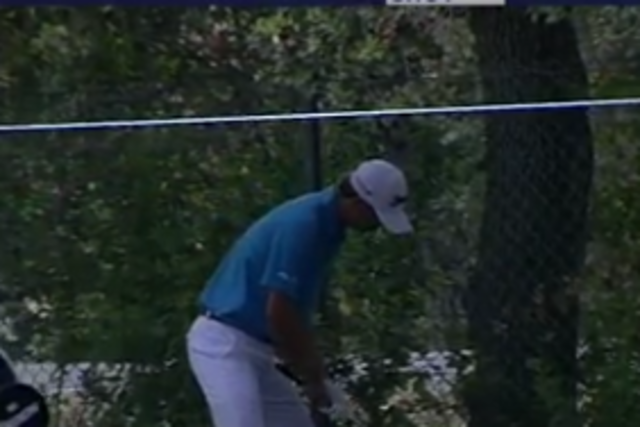 Smylie Kaufman got off to a rough start to the 2016-2017 PGA Tour season on Thursday, falling to three over par after just three holes in the first round of the Safeway Open. But his club-twirling game is already in mid-season form.

After a wild tee shot left on the first hole led to a double bogey, Kaufman went way left again on No. 3 at Silverado Resort's North Course and would up with his golf ball near a tree and a fence. With no other options, Kaufman hit his next shot left-handed. He did about as well as he could, dribbling his ball back to the rough -- and then gave a nice little club twirl. Check it out: