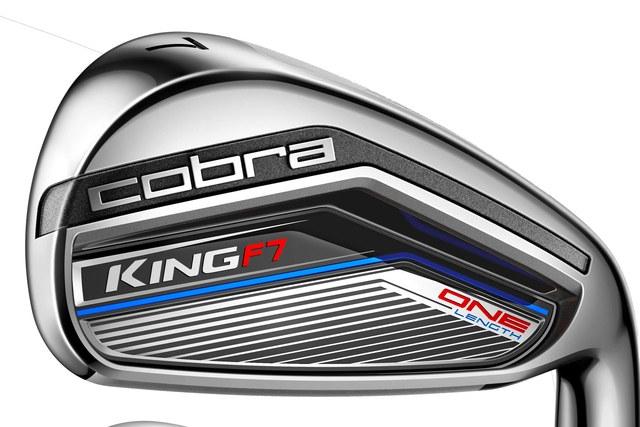 When he won the DAP Championship last month, Bryson DeChambeau suggested that his win, the first on the PGA Tour by a player using single-length irons, might have been “the day the game changed.”

In the halls of DeChambeau’s principal equipment sponsor, Cobra, however, there’s a hope that day of change is today.

The company announced two new iron sets, and each of which will be offered in single-length options. More than just clubs with the same length shafts, the two new sets embody heads that are distinctly re-engineered compared to traditional heads. First, the heads must be tweaked through manufacturing changes to make them all the same weight. For example, long iron heads are lighter to go with a shaft that’s heavier because it’s longer. Further, the single-length shafts feature heads in the long irons that have more game-improvement features to ideally make up for any lost distance brought on by the shorter shaft that produces less clubhead speed.

Cobra also will offer both of its new sets in traditional, variable-length shafts, as well. The full line is set to be available in January.

The new irons include the game-improvement pair, King F7 and King F7 One, and a more compact, forged players distance design, the King Forged Tour and King Forged One. The latter is a set similar to DeChambeau’s winning irons from last month.

DeChambeau deeply believes the single-length approach is the game’s new frontier, and Tom Olsavsky, Cobra’s chief of research and development, has made that belief a more palatable reality for the masses. Unlike DeChambeau’s approach, which requires oversized grips and an unorthodox, steep one-plane swing, the King F7 One and King Forged One Length are designed to simplify the game for average golfers by making every club the length of a 7-iron.

“We see more consistency in both full swings and the short game,” Olsavsky says. “It’s one setup and one swing through the bag. And in our testing we see impacts closer to the center of the face much more often. One other benefit we see is more confidence.”

The King F7 and F7 One continue the progressive set design seen in last year King F6 iron set. Both the standard length and single length versions feature four different head designs within the set. The intent is to alter the face flexibility, center of gravity location and spin to better suit each iron’s performance within the set. The 3- through 5-irons feature a hollow body with a thin face insert that wraps around the front part of the sole. Moving the weld line for the insert away from the face and into the sole allows the face to flex more.

That same shape of the face insert is continued on the 6- and 7-iron, but the hollow construction is only halfway up the cavity to provide more precise distance control. The 8-iron through pitching wedge are a traditional cavity back design with a deep undercut and special wedge-spaced grooves for optimizing scoring-club spin. Finally, the gap and sand wedge designs feature a higher center of gravity to control spin and trajectory.

In the King F7 One, more weight is added to the heel and toe of the long irons to add stability and to help lower the center of gravity. Both of those changes also could help add distance that might have been lost from using a 7-iron length shaft. The CGs are even higher in the shorter irons for more spin and trajectory control.

The King Forged Tour and King Forged One Length are multi-piece designs that utilize a five-step forging process. Tungsten inserts in the sole (heel and toe) to provide a more stable design and lower center of gravity in the 4- through 7-irons. A thermoplastic polyurethane insert in the cavity is designed to control vibration in the 4- through 8-iron.

The King Forged One Length adds additional tungsten weighting in the longer irons. For example, the 5-iron features a tungsten plug that runs through a drilled out hole low in the head and centered in the sole. The plug adds 14 grams of weight to the head that lowers the CG (compared to the standard version) and increases the club’s moment of inertia or stability on off-center hits. The space for the tungsten weight plug is unfilled on the shorter irons, which are lighter than the traditional short iron heads because of their longer shaft lengths. Again, that yields a higher CG for better control of trajectory and spin in the scoring clubs (8-iron through pitching wedge). A single-length forged sand wedge also will be available (56 and 60 degrees). Like the King F7 One, every club in the King Forged One Length is the length of a 7-iron.

The King Forged and King Forged One Length will retail for $1,000 as a seven-piece set (4-iron through pitching wedge; 56- and 60-degree single-length wedges available for $120 each).